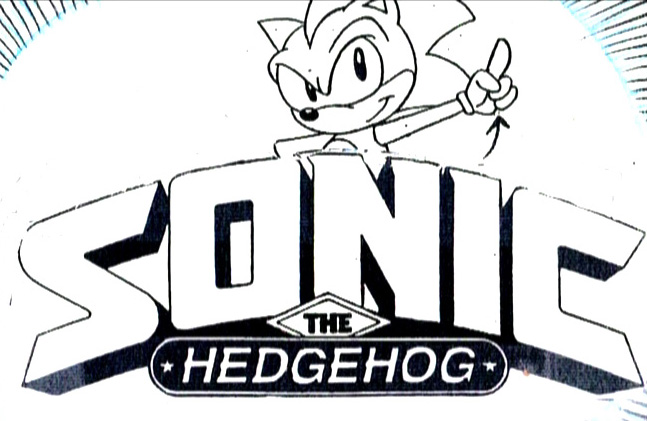 (Or Sonic SatAM as geeks had it) 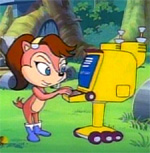 Probably the best thing ever to come out for Sonic since its debut in Television in the mid-90s. Sonic the Hedgehog complete series is the definite cure for those who think the latest Sonic games are just commercial gimmicks and the Archie Comic's rendition is utter crap. The DVD collects the entire seres with 26 episodes in total, and extras featuring an Interview with Jameel White (Sonic's voice) and Writer Ben Hurst, Deleted and Extended Scenes, Printable Scripts in pdf. format, Uncut episodes (I have no idea what that means), and other "bonuses" including Fanart and the very first Archie Comics version ofthe show, which is not much of a bonus if you ask me, bnut the entire package comes with everything you could ever hoped for, and its finally in DVD format to venture back into the nostalgic moments when a cartoon could be a hit withouth havng to be influenced by Anime garbage.

And of course, when it just sounds right, tehre is always a little catch that many may have overlooked when they were too excited about getting the series. The discs do indeed come with extras like Fanart, but not in the form of a segment in the disk, rather, it is labeled ON the discs. That was a small slap on the fanboy's wrist, but at the same time, said deleted scenes are included on the episodes here and there, and you cannot access them in a menu, much less hear any kind of commentary as to why they were cut off. The spisode titled "Super Sonic" explained a lot of things that were cut off when Sonic met the wizard known as Lazars (The guywho zapped away his speed momentarily). That bit there seemed to be the only one worthy of having the uncut shows going, but most of the episodes had little or no changes whatsoever.

There is also a lack of subitiles options or language tracks here, which makes it a bit generic that most packages. No matter how many times I had tried, I just cannot figure out what Sonic says sometimes when he runs around, or see how does he sound like in French.

On said storyboard, it shows a more goofy approach with Robotnik swinging a wrecking ball on a ship, perhaps paying homage to the first Sonic the Hedgehog game on the Genesis, and a possible origin for Bunnie Rabbot, trapped inside a roboticizer and rescued by Sally just before she turns into a robotic critter. If anything, I am happy that was not the decided opening, being that the fans would have to be seeing that poor rabbit benig electrified again and again. Then there is that uneasy feeling when I saw what it seemed to be Tails humping Sally as Sonic gets superhuman strength and carries everyone back to safety.

Despite its little flaws and questionable additions, Sonic the Hedgehog is cartoon collectible gold. Many were convinced it was the best of the Sonic toons to come out and one that charmed many fans while extending the fandom of said Sega mascot by a mile. Even if the pilot episode left everyone guessing the future of its existence, it wa good enough to see just how Sonic had jumped from Bugs Bunny facade to someone who cares enough to set things right.

And hey, we get to see Princess Sally's naked glory frame by frame. Sonic seemed to be fair in the no clothes allowed business with either gender.


Perhaps hearing Robotnik harsh, sinister tone is another reason to get this package. I would prefer this version over "eggman" any damn day. Yeah, I don't care what you videogame anime purists say about that being his "real" name, to me, and to every momember of the 90's videogame generation he was DR. ROBOTNIK. So there.

Maybe those are the only similarities, being that the episodes were more concentrated in regaining their life back than making a butt out of Robotnik, the way Adventures of Sonic the Hedgehog has done again and again. Well written I might add. If Archie had gotten greedy and got its sticky fingers over the TV show,I would;ve tossed away my Sega Genesis and quite being a Sonic fan altogether, leaving me with a fat plumber playing board games with its archnemesis of a turtle.

Speaking of said characters, the DVD also comes with trailers from other releases, namely The Super Mario Bros. Super Show, and COPS, both of which cannot be accessed unless you pop in the DVD again and again.

This is a collectable as stated, and perhaps that is the only way it should remain. If fans had gotten their say, Sonic SatAM would;ve come with a lot of things you may not had wanted to bother with either way.