The only way to ever have a Street Fighter animated series was to first have it as an awful semi-watchable live action movie starring Jean Claude Van-Dam as Guile. After it was done we got an awful semi-watchable Street Fighter animated series which aired on USA in the mid 90s. We also had the likes of Darkstalkers and Mortal Kombat as such level of mediocre animation, but that would have to be another rant for another time, my point for now is that if you're going to milk a franchise, you can do so by turning it into an awful semi-watchable cartoon so the kids can pester their parents into buying more merch for greedy companies.

At some point an episode titled Final Fight came out within the series. This peaked my interest since such crossover had included two of my favorite videogames from the same company, Capcom being said company. I was expecting to see Megaman pop up as a cameo but this wasn't the case. After watching this episode however, I was just laughing in stitches at how fucking corny and cheesy this cartoon really is, and am not sorry I ever missed it as a kid when it originally aired. 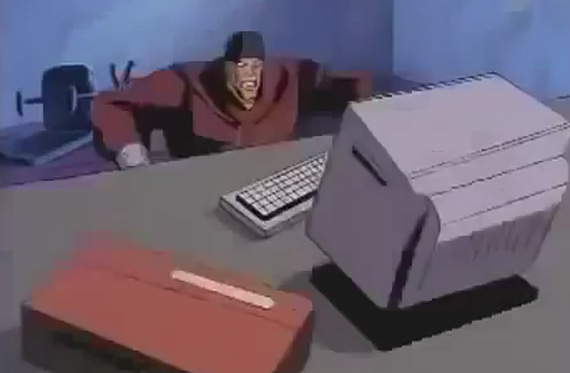 Even Final Fight characters are lost as to why this exists.

Alright, lets get started. Mad Gear's leader Belger tells Rolento to go and kidnap Jessica, because they want to teach Mayor Haggar a lesson in being their bitch. Pretty much like it happens in the original videogame's story. For some reason, Jessica herself is over 6 feet tall when she first appears too. Jumping guy Dahmn tosses a smoke grenade inside a restaurant where Jessica is dining and she reacts heroically trying to get everybody out, being they all think a fire just broke out of nowhere. After leading people to the rooftop, Rolento nabs her in a helicopter and flies off. Mission Comprete.

Meanwhile Ryu and Ken watch Guy taking on some nameless thug in a ring somewhere. Ken comments on how much a wussy Guy is, because he's a total asshole in this series. Word gets to Guy that Jessica has been kidnapped so he tells Ken he will kick his ass some other time. At the same time, Haggar (wearing a stylish suit no less) gets notice that his daughter has been kidnapped by television, just like the game shows nonetheless. Cody hassles a cop about the whereabouts of Jessica and Ryu and Ken offer to help. Ken once again being an asshole about the situation, where Cody almost punches the shit out of him. All of them meet up to talk about rescuing her and its decided that Ryu and Ken should help find her, just like the videogame. Oh yeah, no, not like the game at all.

While Haggar, Cody, and Guy are told to warm the bench, Ryu and Ken try to join in the Mad Gear Gang in order to know the whereabouts of Jessica. After meeting with Rolento, both face off against a Katana-free Sodom, who in here acts like a mindless grunting lackey than being the true leader of said Mad Gear Gang. After a few kicks, Sodom is hilariously defeated and Rolento lets them join the gang. Mission Comprete. Cody meanwhile decides he's not fucking around and runs off to rescue Jessica on his own. Haggar advises Guy to follow him and keep an eye on him while he stays behind to do nothing. He gets another video message of a walking Belger telling him again not to mess around and tosses Jessica to the ground to prove a point.

Ryu and Ken asks Rolento to meet Belger, so he takes them to his penthouse in his building, where Jessica is held at. Meanwhile Cody and Guy face off against Rolento, who is done in by Guy juggling grenades back at him in a PG fashion. Just as Ryu and Ken are talking Belger into releasing Jessica, Cody barges in and the Final Fight ensues (heh). Guy and Cody face off against Belger with his rocket launching, laser shooting wheelchair, while Ryu and Ken take on the rest of the gang in a separate room. Cody jump kicks Belger out of a building's window just as Haggar enters by kicking a door down. Belger falls out and its spared in a PG fashion hanging by a pole instead of being smeared on the ground. Jessica congratulates Cody while Ken bitches about what she sees in him, and Ryu is happy to oblige in telling him he's an asshole. The end. 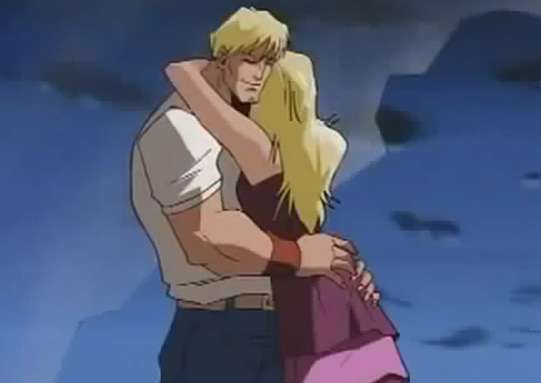 Cody should punch Ken in the nuts while at it.

As mediocre and laughable this series is, I admit this is the sole episode I ever cared about and was entertained during some of the scenes it portrayed, including shout outs to Final Fight itself and some fighting scenes too. It really upset me that Haggar didn't delivered a single pile driver to anyone much less took a step to save her daughter until the last minutes of the episode, serving as a cliché deux ex machina to take the bad guys in. Of course, no one here would die being a PG cartoon made for kids rather than the hardcore gaming fans of both series, but that didn't bothered me much either. And of course, some characters like corrupt officer Eddie E. along with Poison and Roxy would have to be omitted for reasons only the creators of this cartoon would know, but I am guessing it was more like having time to put said characters in than anything else. Overall a good, campy/cheesy episode giving it a 7 out of 10. 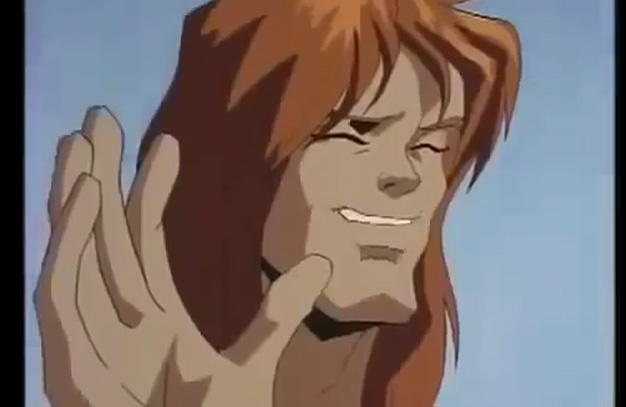