Captain N featured a Mega Man episode on his show, and if you are thinking Megaman 2 then you are so damn wrong. Seems besides me, Captain N realized 3 was better than 2, despite the fact 99% of NES gamers would tell you otherwise. 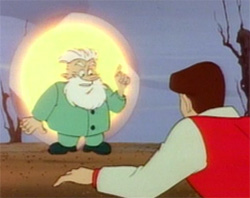 Fuck you, Megaman 3 was the shit!

In any case, the episode follows closely to the storyline on MM3, right down to Dr.Wily suddenly being pals with Dr. Light so they could create a huge robot just for the lulz. 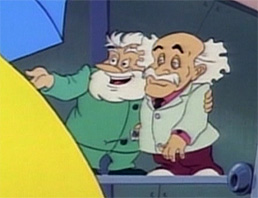 Of course like in the game, Wily would state that "mysterious robots out of nowhere" stole important stuff to complete said robot, so Light sends in MEGAMEGA Man along with Kevin to retrieve the important stuff. 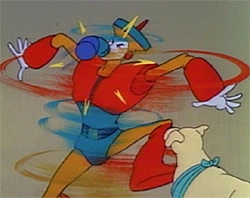 Topman gets to STFU incidentally.

But haha, it was all a ploy by the ever witty Wily! He would get the stuff to use it on the giant robot and then conquer the world or some shit. Luckily Kevin and MEGAMEGA Man were on the case and decided to destroy his robotic clone which for some reason exists in this cartoon but not in the game. 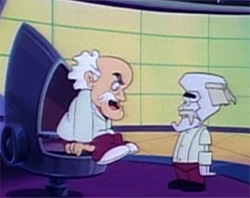 Robot me I command you to give me a BJ

While Kevin and MegaMan were distracted, Dr. Wily hops n the giant robot and decides to make short work of both, but not before the heroes shoot a nest of bees inside the cockpit of said giant robot. Hilarity ensues shortly after. 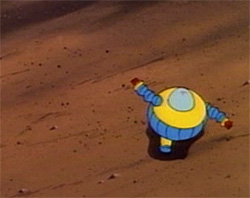 We see Kevin, MegaMan, and Dr. Light sharing a good laugh as Dr. Wily is stung to death offscreen. What a great family episode. The end. 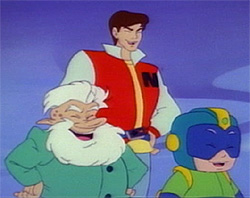