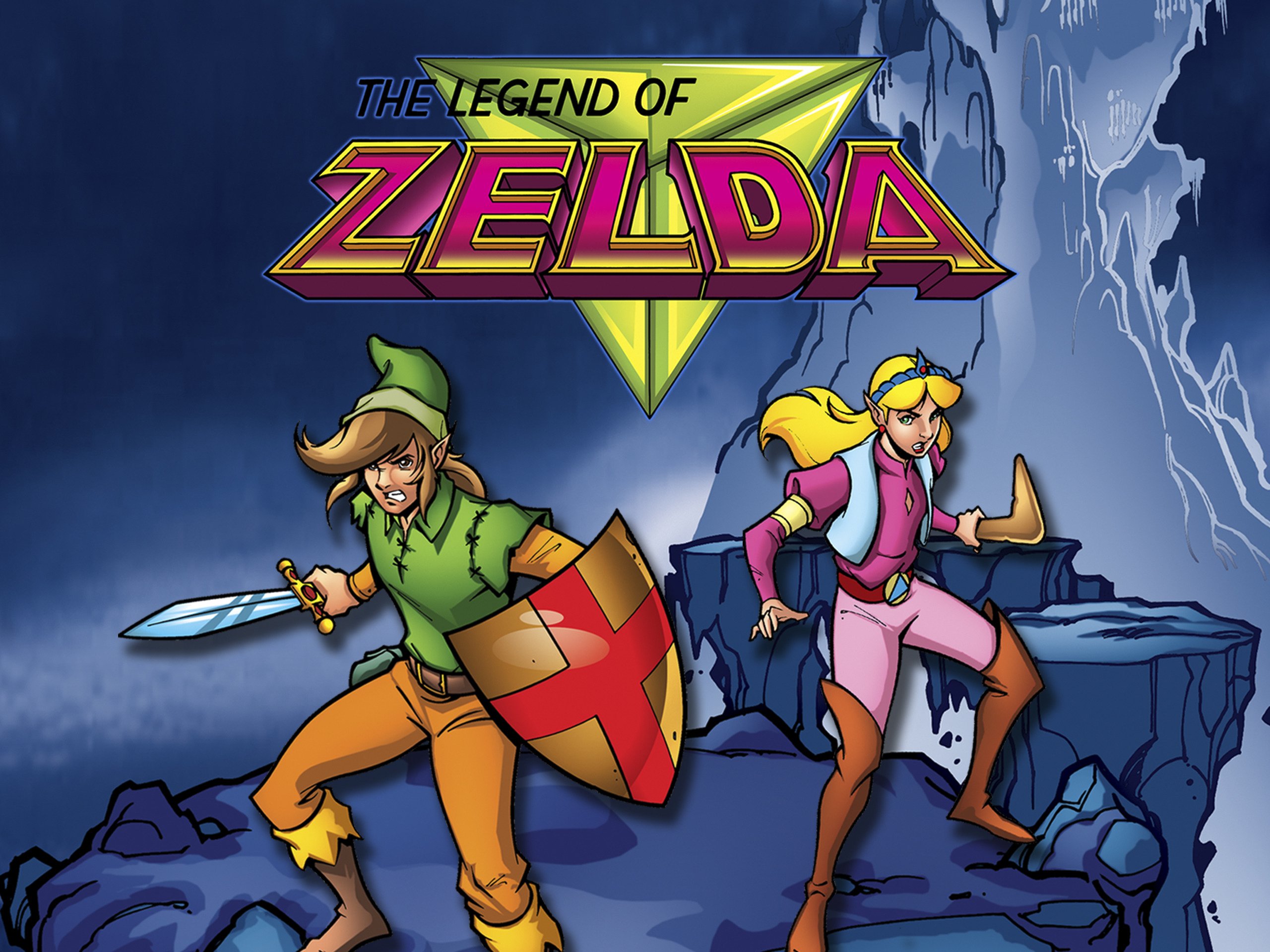 The Legend of Zelda


The Legend of Zelda animated series would debut as part of the Super Mario Bros. Super Show only on Fridays, replacing the timeslot with the animated Super Mario Bros. cartoon and would only have 13 episodes to its name. The show ends with no cliffhanger nor finishing up its premise whatsoever, probably for the fact that the main show was still airing and this would have been a good choice in repeating the series until it was taken off the air. Regardless of what actually happened, many would remember this cartoon mainly by its infamous quote shouted by Link in any other episode.

The show would feature Link, the titular hero of the story who would protect the kingdom and try hard to get in Zelda's knickers in every episode. Princess Zelda, who would be anything but the damsel in distress and would tolerate Link only because she needed someone to babysit the Triforce of Wisdom, often sought by one evil sorcerer Ganon in his relentless quest to conquer the land.

There were other secondary characters who were semi-prominent, such as Zelda's father, the unnamed King of Hyrule who was as much of a goofball as the Sultan in that Aladdin animated series, and that obnoxious little shit Sprite who wanted badly to get in Link's pants in every appearance that she was brought. Even the Triforce of Wisdom was sentient; it would give out cryptic lines whenever anyone talked to it. I think even Ganon's Triforce of Power might of said a thing or two at some point. At times there would be characters brought in just to invoke the episode's plotline but would never be mentioned ever again afterwards. The animated series' Hyrule was as big as the NES game counterpart, so most episodes would occur within Zelda's own castle and its surroundings than striding into new worlds outside said kingdom.

I would lie in saying that I did not enjoy this series as a kid. The animated show would reflect almost everything on the first game of the NES. Link could throw blasts from his sword and use any other item within his satchel such a bombs, boomerangs, and even that blue ring which would envelop him in a force field rather than rising his defensive power and change the color of his clothing. Zelda would also aid in kicking ass ever so often, and I was pretty fine with that. In fact, I preferred Zelda over Toadstool for that thing alone. Ganon really didn't cared much about her than obtaining her own Triforce, so kidnapping her was a means to that end most of the time. His voice and appearance were quite superb to me.

Zelda and Link would make an appearance in an episode of Captain N the Game Master and Link was presented as this jerkwad who tried to compare dick sizes with Kevin for no reason. The episode itself was based on The Adventure of Link for NES.