STREET FIGHTER: THE FACES OF RYU

Over the years since he appeared in the first Street Fighter game, Ryu has gone some defining physical changes on his facial strcuture, not only that, seems he also has dyed his hair and stopped using contact lenses as well. I am posting some examples from Street Fighter to Street Fighter 3, being that anything after that doesn't really matter, since 4 and 5 are prequels as far as I know. I also don't include any other spinoffs he appears in as well. Because they are spinoffs. As for that weful Movie version? I just tossed there to remind all what greedy companies can get away with. I set it here in Chronological order as how Capcom supposedly has set the series from the first game to part 3. 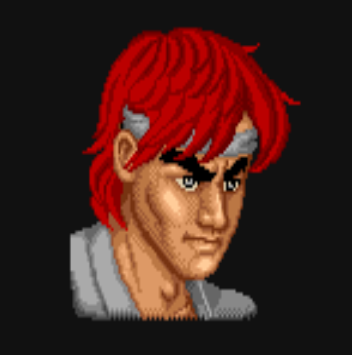 STREET FIGHTER- Fresh out of his digital mold, Ryu appears as a young kid with fiery red hair and ice blue eyes. He wears his trademark white band and red sandals, which both would eventually be replaced and discarded as he appeared in later installments. He had a fierce look of determination on his eyes as well. 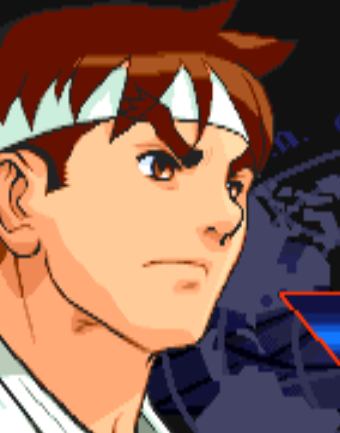 STREET FIGHTER ALPHA 1,2,3 -Ryu's hair would lose a bit of its red tint, slowly turning into a brownish color. His eyes also would turn from blue to brown at this point. Capcom never really specify why this was, but he still retained his white band on his head, but not his red sandals. 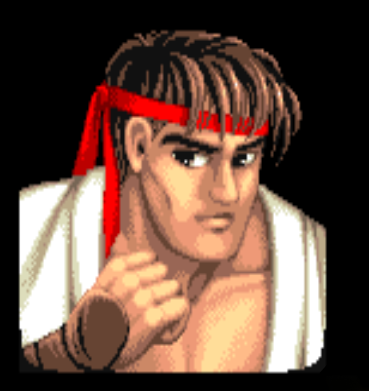 STREET FIGHTER II: THE WORLD WARRIOR -Ryu matures a bit, his facial features rounding up here and there. His look of fierce determination softens up, probably because he now was the Street Fighter champion of the last tournament. He now wears a red band on his forehead and leather wrist protectors. 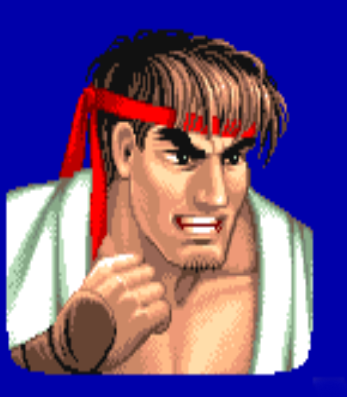 STREET FIGHTER II' CHAMPION EDITION/HYPER FIGHTING -Something very awry went on here. Ryu now sports stubs on his chin and this deranged grin on his face. It was as if he realized he wanted to win the tournament once again and would go the distance achievening it, even if others would take him as some sort of psychotic hobo with the smile of a serial rapist. 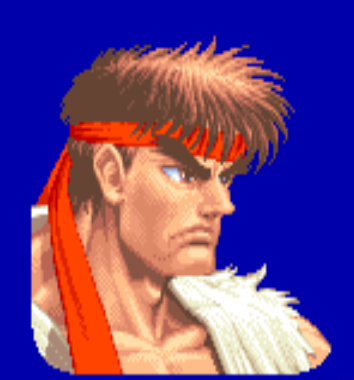 SUPER STREET FIGHTER II' THE NEW CHALLENGERS/TURBO -Capcom realized Ryu's look needed a drastic change for the better, and I for one was pleased with it, it seemed that Ryu went back to his fierce determined look but with the serene demeanor that his World Warrior version had. No more psycho Ryu to worry about here, just an experienced fighter looking for the next challenge from opponents old and new. 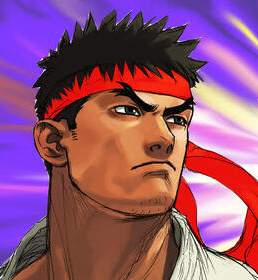 STREET FIGHTER III NEW GENERATION/2ND IMPACT/THIRD STRIKE -Ryu has grown into a seasoned fighter by now, you could say he would be well be a master of his own dojo, but still refuses to settle down, opting to search the world for more opponents to face, for the fight is all. He regrows his chin stub, but the insane look on his face from his Champion Edition days are long gone. Ready to teach green runts what a good Dragon Punch can do. 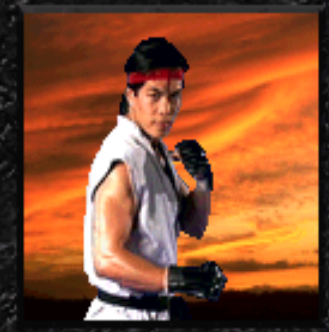 STREET FIGHTER: THE MOVIE - This man is not Ryu.