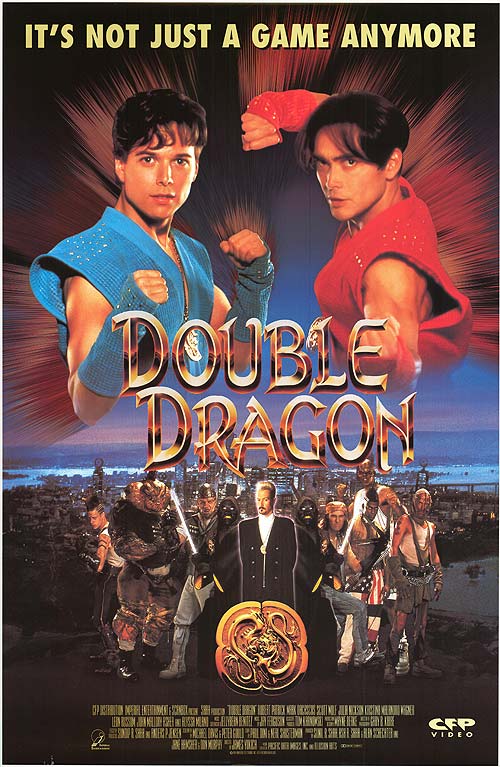 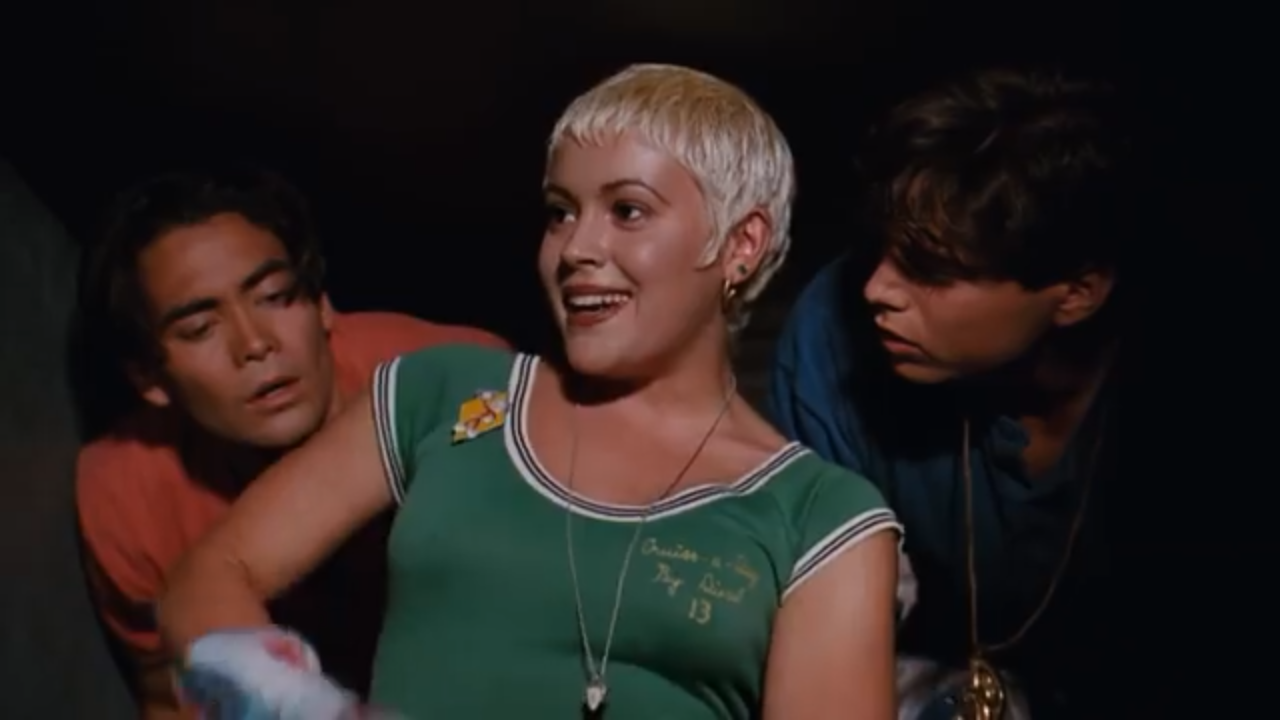 Everyone who has heard about Double Dragon may remember it as a game where two martial artists with mullets where after a guy with the AK-47 who captured their girl, for one reason or another (later in the DD Advance it was known that he was after their secret book that revealed their power or some shit).

Years later, a movie spawned from the head of someone who either was very stupid, or wanted to kill the franchise in any which way he could. The only thing said movie had in common with the game were some of the names used and little else. In fact, the entire kidnapped girlfriend plot was replaced with a kidnapped medallion named "Double Dragon". Yeah, the movie was named after some cheap artifact made in China rather than the two martial artists who were in for the hell of beating the snot of anyone.

The movie, as was expected by anyone who endured its 2 hour demise, sucked. It was no surprise that it did, being that Double Dragon was slowly vanishing into nothing after its last game, and no one was even remotely related to said game other than a few Laundromats in the neighborhood. I doubt there was ever a hardcore DD fan that decorated his room with memorabilia and kept praying for a new game about it. Really, unlike Super Mario Bros. and Street Fighter, Double Dragon was more like a "eh" thing among videogame junkies, not because of its great gameplay, but because there was little else for the franchise to go along anymore, especially with the so-so third Arcade installment of the series. If the movie was poised as a front to make DD resurface into popularity, it was a sure thing that this was not going to be the case.

In fact, the only thing the movie may have spawned was the crap-lubricated cartoon based on said videogame series, and two horrible fighting games which weren't worth a spit in your eye.

As it was, Double Dragon was not exactly a kick in the nuts to videogame fans, not that much as say, Street Fighter. In fact, if you could change the title and names used in the main cast, this movie couldve been a decent attempt as an action/comedy flick.

But I am having a moment here, really. I can't ignore the fact that this movie existed, or it was just a coincidence that it had the same title as my favorite videogame, along with a pair of "twins" named Jimmy and Billy Lee.

So how bad this movie was? Let me start with the very beginning, with the main cast who supposedly resemble the characters from the game itself. 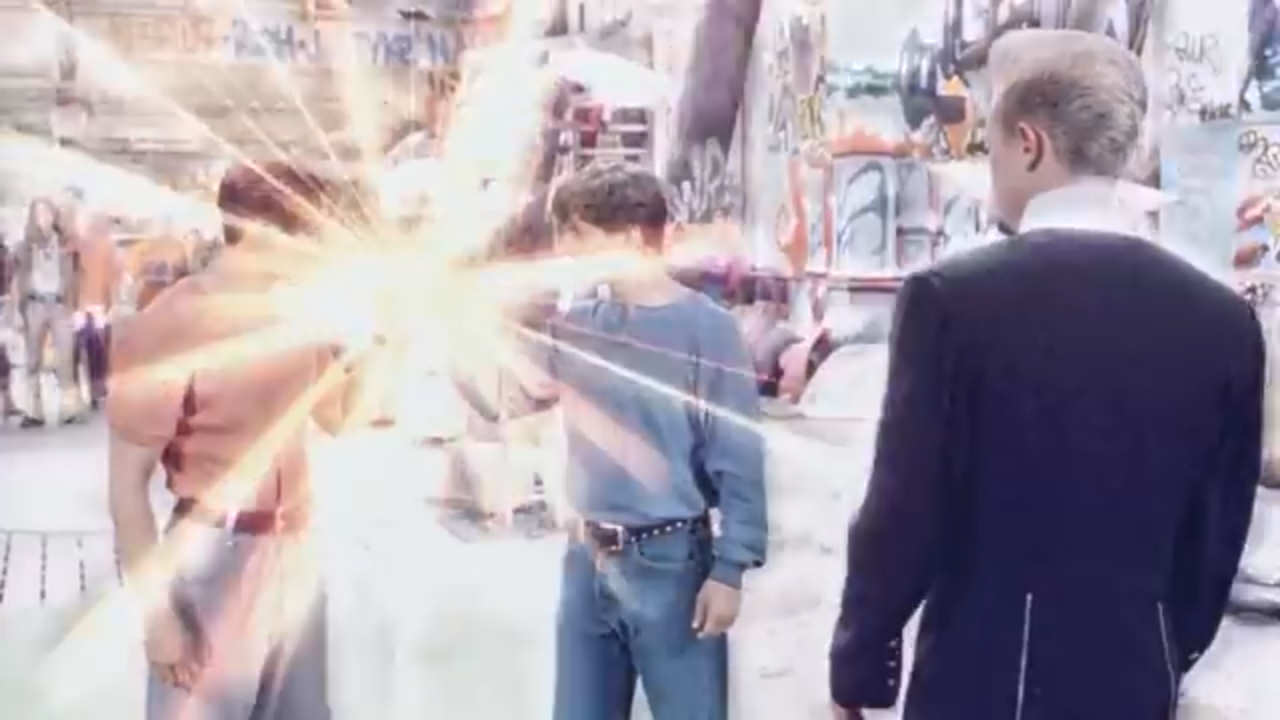 Jimmy and Billy Lee- The famous martial artist twins are presented as a pair of teenaged punks fighting in secluded tournaments around a ravaged city in the not so bright future. Whereas the game characters could be told apart by the color of their hair, the movie went an extra mile by making them twins that didnt looked like twins. In other words, they were given the Luke/Leia treatment without the frenchkissing part. Look, one of the said "twins" here looks white, while the other one looks Hawaiian. Exactly how can you get twins from different ethnic backgrounds?

In an attempt to add personality to said "twins", Billy was given a serious demeanor while Jimmy was a total brat, checking out Marion's ass while cracking a not-so-funny joke here and there. Why did this reminded me of a certain Ryu and Ken relationship in that other game?

Marion- Marion was the target for female discrimination since the first game, she was kidnapped in the first game then killed in the sequel, leaving her pretty much as a memory in the series, even so, the console versions refused to acknowledge that she was gone, so Marion was brought back from the death and kept being kidnapped a couple times more until she popped up in the movie...as a spunky hourglass shaped teen who leads a band of kids taking refuge in an abandoned warehouse that looks like a combination of a McDonalds playground and a forgotten set of Nickelodeon. Her role in the movie was somewhat different, but it was clear that no matter what version you look at it, she would always be showing her ass to the camera to let you know she had a body for geeks to gawk at. After this stint, Marion was turned into a Cop in the animated series, then came back to kick the ass of the Lee brothers in that horrible fighting game, taking revenge for not letting her rest in peace as she was supposed to.

Abobo- Abobo came in 3 flavors in the gaming versions, Green Abobo being my personal favorite. He was your everyday muscle man appearing here and there in a futile attempt to trash the Lee brothers and only getting a mouthful of elbows in turn. In the movie he was given a first name, Bo...Bo Abobo, and he took the form of a tall skinny punk with a mowhawk and little brains to get by. At sometime in the movie, he was turned into a hideous blob of flesh and meaty arms, kinda like the current generation of World of Warcraft players. The rest of the cast was forgotten, being replaced by your average goon who chased the 'heroes' from one point to the next. The main bad guy was no one else than Mr. T-1000, who did his while sporting bleached hair and a mediocre goatee.

Linda- Yeah, she is here too, whip and all, but gets one lousy scene and then an uppercut from Marion, which is not as bad as anything else, but then again just a character wasted.

As for the story, it starts somewhere in China where monks are being pummeled by the bad guys under the command of Mr. T-1000, trying to defend one of the half medallions that creates the Double Dragon amulet. From then on we are treated to a New York-esque city that stands in shambles, featuring an underground fight between Jimmy and another guy. After Jimmy cracks a joke, he and his "twin" run away in a car fueled by trash. That's right kids, recycling in the future truly pays off. 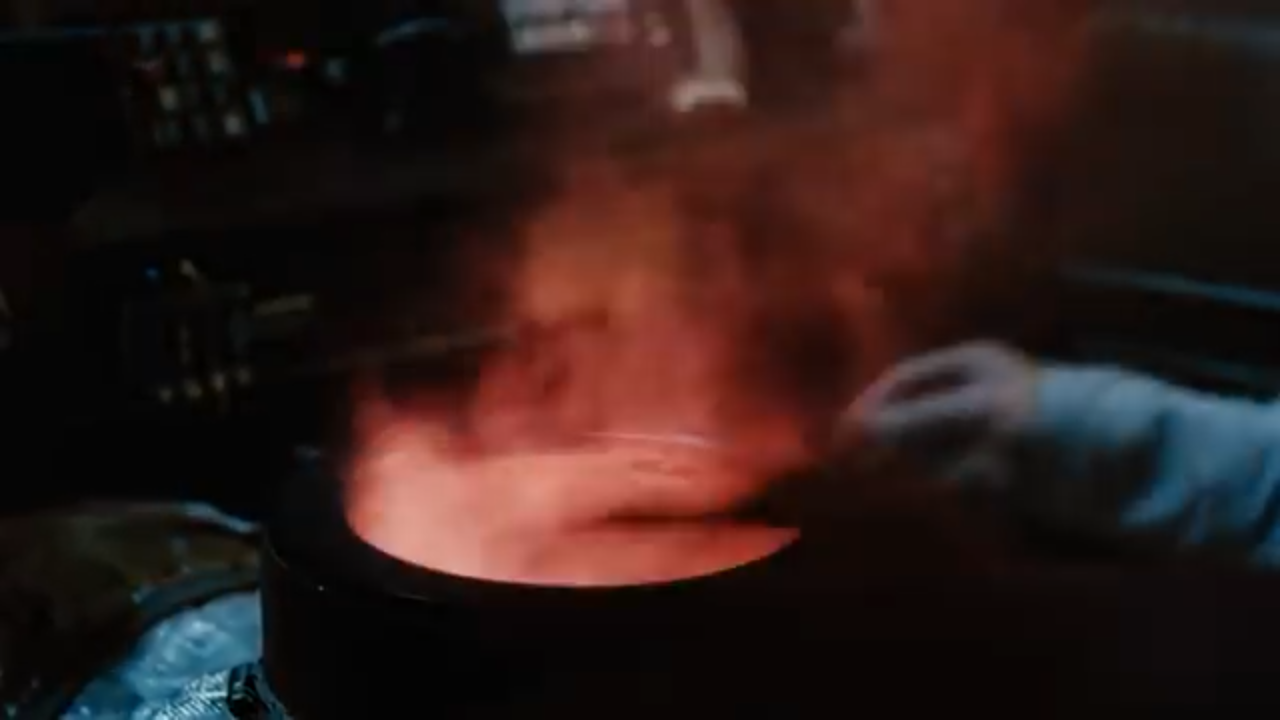 Come on Billy, that was the last shoe we were saving for dinner!

After a quick encounter with (Bo) Abobo, the Lee brothers are saved by Marion and her Getalong Gang. Jimmy spots himself a fine piece of ass that Marion sports while Billy is worried about acting the role in the movie. A few scenes later and their guardian, an Asian woman, gets cooked by the bad guys in order to find the last half of the Double Dragon. Billy and Jimmy escape with it, ensuing the cliché chase throughout half of the movie till the bad guys finally get their hands on said thing. Between this and the ending, (Bo) Abobo gets turned into an expired Jell-O mound, and then captured by a bunch of kids while being tortured into revealing the hideout of the bad guy...by means of forcing spinach in his mouth. On the other side of things, Jimmy cracks a horrible joke here and there, fights scenes appear here and there, and then they are face to face with T-1000 powered up by the united Double Dragon. The word shit almost escapes here twice in an intentional (lame) excuse of a joke.

In the end, Jimmy and Billy get "powered up" themselves, donning neon bright pajamas, and defeat the bad guy. As an amusing treat, we get to see (Bo) Abobo drive the heroes inside their trash-eating vehicle into the end of the credits. 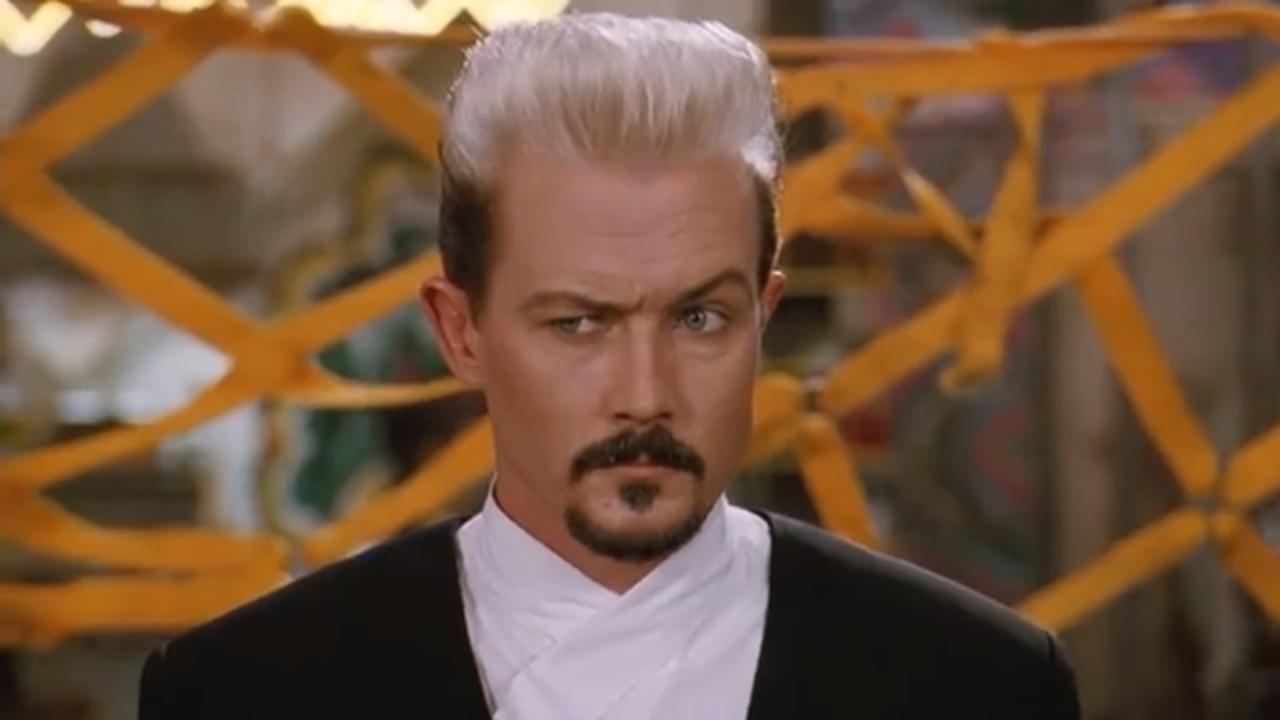 Hmm, I hear there are casting calls for a show called X-Files...

To be honest, and I can't point this enough, the title could've been removed and this would make a decent movie of sorts, even though it would be just as lame to watch either way. I just can't shake off this feeling of wanting to see it again just to be disappointed over and over, kinda like one night stands in cyberspace, chatting with the person who uploads a model's photo as their profile, only to find out a greasy fat guy drooling over the keyboard is your Ms. Sexy.