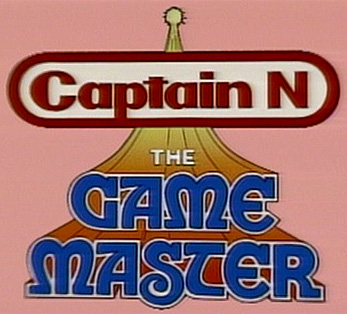 Captain N did a great job of transferring many NES titles into animated features, many of which it raped the minds of children everywhere as they fought hard to ignore just how fruity the show truly was. Now, I am not saying Captain N was horrible, not exactly, but it did a fair share of knocking my head around everytime I was forced to watch a gay Simon Belmont along with a midget Megaman and a skinnybasement-dweller whose dream came true in the form of sheer wishful thinking. Now that the saga is in complete form with 2 DVD packages (One for the "Complete series", and the other being the Third season along with Super Mario World), I was able to hand picked the worst 3 episodes that almost induced me to a coma when i first watched them. In no particular order, they are:

A TALE OF TWO DOGS

Dr. Wily is just so ecstatic that Dr. Light embraces peace with him, so ecstatic in fact, that he was allowed to create the sole remote control in the comfort of his own hideout to drive the so called Peace Robot by himself. Of course, what was Wily without at least one of his robotic duplicates to make this the most dead-on translation of a videogame into a cartoon series? It is important to note that while Megaman and Captain N were having trouble with balls of yarn, Duke, Captain N's mutt, had no trouble chasing away a gigantic robotic cat that otherwise could've splattered him with a single swipe.

Topman is simply the worst enemy that was ever featured in Megaman, in fact, he was so sucky, even that mutt of Captain N's was able to keep him in place until Megaman went Mazinger Z on his face. During an encounter with Wily's robotic clone, the N team (heh) hop on Rush who at the moment has a serious case of gas. Dr. Light, appearing at the right moment to state the obvious just as he ever does in every single Megaman game, finally put two and two togheter about Wily. How quaint.


In the end, it was not Megaman and Captain N who put an end to Wily's sillyness, it was their mutts who tossed a hive of robotic bees inside the robot, causing it to run in circles as Wily was trying not to get stung. The episode ends with a Hanna-Barbera moment, and the day is saved.

THE FRACTURED FANTASY OF CAPTAIN N

In this episode, we learn that Final Fantasy is in fact, a floating island with two castles on each side, guess why one is fruity colored and the other one's gloomy. For some reason, everyone in this episode is colored pasty green, save for the Prince of the entire "world" who is a flesh-colored obnoxious elf. Now I am not sure if I remember Final Fantasy correctly, but I don't recall a fat green friar that wanted to take over the entire thing, but there he is.

The jolly green friar offers a jealous Cpt. N the chance of greatness by brainwashing him and getting him to poison the Prince's drink. Much to the hilarity of things, said prince falls face first on his plate sleeping, while everyone else can't figure out why Captain N would do such a dastardly thing! Is it because of the yellow eyes? The maniacal laughter? The fact that he prince is a total fruit? Regardless, the jolly green friar then drags Kevin into his own castle so he can train his troops to later invade the castle he JUST left with its ruler unconcsious. Whoa. Its up to the rest of the gang to rescue Kevin's skinny ass and get him back the way he was. How to accomplish this, well, Megaman and Pit both dress up as a soldier to infiltrate the jolly green friar's castle. It's not like he would notice how short the arms of said soldier were anyway.

Oops, looks like jolly green friar was too smart for them to be convinced, and then the shit hit the fan from there on. It was a good thing Princess Lana was around disguised as a fat football player to retrieve the crystal to wake up Kevin and give the jolly green friar an attack of identity crisis. In the end, Kevin gets back to normal, the prince is reawakened, and Lana gives Kev a kiss for being such an ass in the first place. Curious note, this was the very last episode of the entire series. Fractured Final Fantasy indeed.

Of all the episodes where Captain N killed my favorite videogame moments, this was the absolute worst. The Episode was based upon Castlevania 3, which was one of the best Konami titles on the NES, and which alievated many fans by going back to the classic action-platformer style that was missing in Part 2. It also featured Alucard, Dracula's son, who would later become the badass that changed the way we see Castlevania today. In here however, fans get treated to a creepfest as the fruit version of Simon gets ready to receive an award for banishing Dracula from a guy named The Poltergeist King. Yeah, Castlevania here is not Dracula's castle, its an entire WORLD with its own king! Blah!

Here we see Dracula as a victim of the show's ability to bastardise anything debuted on the NES. Why, he couldn't look any fruiter that is for sure...oh wait, here comes Alucard! Can you hear the tormented shrieks of fangirls around the world? Not surprisingly, Trevor Belmont makes a cameo in the most humiliating way possible. Way to go, Captain N.

Alucard is such a badass! While Dracula usurps the place of the Poltergeist King and tricks the populace into thinking Simon is a fraud (which in this case, he is without having to prove it), Alucard goes and helps Kevin and the Belmont fruit to defeat daddy dearest, only to turn the cape the other way around and betray them anyway. This doesn't work as planned, and both Alucard dude and ol' Dracul bite the dust, ending the show with Simon delivering an awful speech of self-greatness and a Hanna-Barbera moment with Kevin and that annoying old man who didn't do crap the whole episode, kinda like Pit and Megaman combined. The end.